Organic Tea - Can the Organic Label be Trusted ? 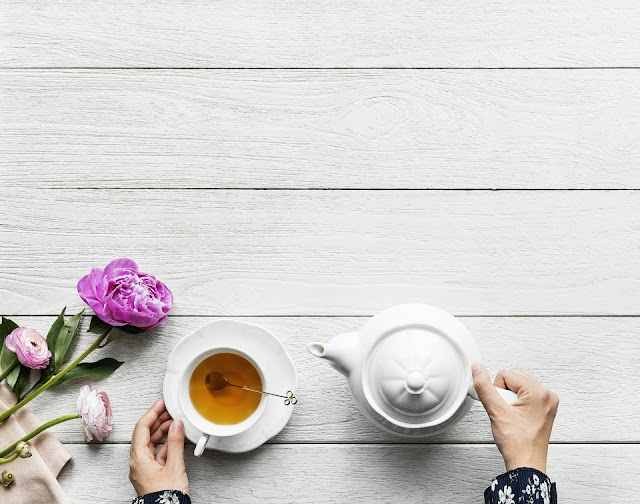 Organic tea is the tea that has been certified as organic by some agency. Certification involves meeting certain standards, such as avoiding the use of most synthetic herbicides and pesticides and using fertilizers. Organic certification requires periodic testing of soil and other factors over several years--the land used in organic agriculture must be maintained according to certain standards for a strict period.

The idea behind organic tea: a good idea:

The idea behind certified-organic tea is a noble one: organic certified tea is produced without synthetic chemicals. It thus has two main benefits: health and sustainability. Organic tea is, in theory, healthier than non-organic tea, as it does not contain synthetic chemicals, many of which are carcinogenic or have other harmful effects on health. And again, in theory, the production of organic tea is easier on the environment, minimizing problems like nutrient pollution from synthetic fertilizer runoff, and human suffering and public health problems caused by chemical use in the communities in which the tea is produced.

Organic tea sounds good in theory, and in many respects, most people would agree that it is generally a good thing. But several factors can confound or complicate organic tea: the faking of organic status, the fact that much organically-produced tea is not labeled as such, and the limitation that organic certification does not guarantee that tea is produced in the most sustainable manner possible.

Because organic tea tends to fetch a premium price on the retail market, companies have fallen into the dishonest and unethical practice of falsely labeling tea as "organic" that is just regular tea, without any legitimate organic certification. Anyone can slap the name "organic" on their product: vigilant shoppers and sometimes the involvement of law enforcement agencies is necessary to crack down on such abuses. But falsely labeling a product as organic is a serious offense: not only is it illegal, but it risks alienating customers and permanently establishing a negative reputation.

For these reasons, tea tends to be mislabelled or falsely labeled as organic only in those situations where there is a degree of anonymity. Reputable tea companies rarely, if ever fake organic certification. When you buy organic tea, make sure to check for the logo of the certifying agency, and make sure you're buying from a reputable tea company with an established track record. Check blogs and tea community websites to read up on a company when in doubt.

Traditionally-produced tea is all organic, but is often not certified:

The synthetic pesticides, herbicides, and fertilizers that are a staple and defining a feature of "non-organic" agriculture are a modern invention. Modern chemistry is a relatively young field, in contrast to the centuries-old traditions of tea cultivation and production. As such, any tea that is truly produced and processed strictly according to traditional methods is going to be completely organic, as traditional methods do not use any modern chemical inputs.

Unfortunately, because organic certification is costly and requires extensive recordkeeping, it is not realistic for many small tea farmers growing tea with traditional methods to certify their tea as organic. Thus, there are many organically produced teas out there that do not bear and may never bear the organic label.

Organic tea is not necessarily healthier or more sustainable or ecologically-friendly:

Organic certification sets out to address several issues about both health and sustainability. However, it's a crude process. All other things being equal, organic tea would be a healthier and more sustainable choice than non-organic tea. However, in the real world, all other things are not equal. There is little to prevent a tea company from implementing the bare minimum standards to achieve organic certification while doing little or nothing to comply with the spirit of the rules. Much tea with the organic label is mass-produced in large, monoculture plantations that still have negative impacts on the environment, albeit less than if the tea were produced by non-organic methods.

You will probably be better off buying traditionally-produced, high-quality, loose-leaf tea, produced by small farmers than you are buying mass-produced tea with the organic label, packaged in tea bags. But if you're choosing between two otherwise similar teas, the organic tea is probably a better choice.

Organic tea is generally a good thing: it carries some benefits both in terms of reducing health risks for those drinking it, and promoting sustainability and protecting the environment in the communities in which it is produced. However, many limitations keep the certification system for organic tea from achieving all the goals that it sets out to achieve. Although in many cases it may be worth paying a small premium for organic-certified tea, it's also worth seeking out traditionally-processed teas, and starting to think in deeper ways about where your tea comes from and how it is produced.
Next article Next Post
Previous article Previous Post